Missing Crab Report: This Weed Company Wants Their Mascot Back 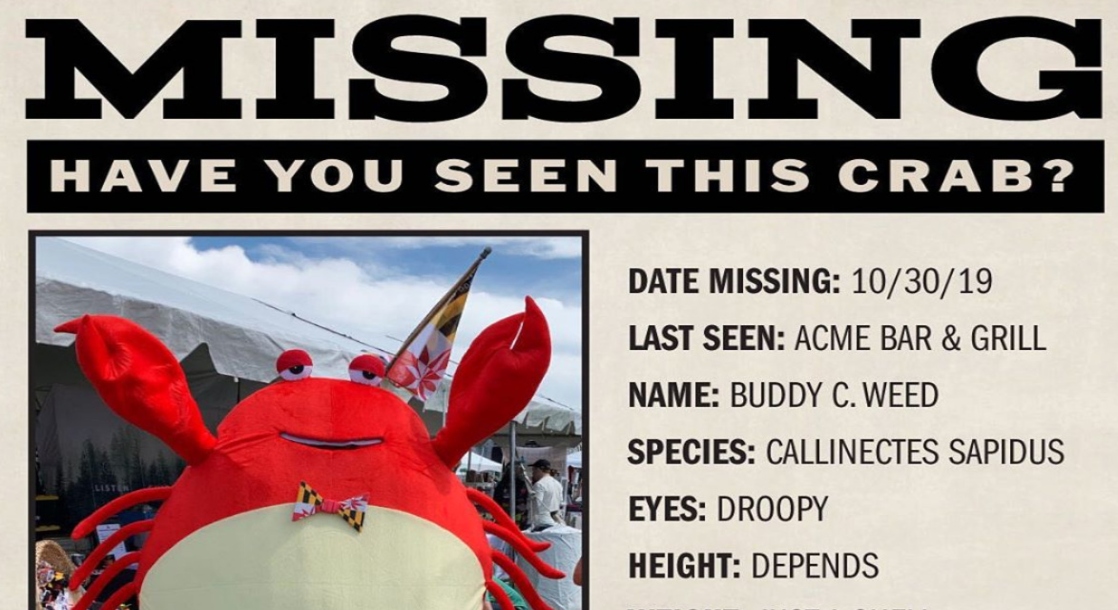 A Naval Academy midshipman just might have run off with Buddy C. Weed, the mascot and “best bud” of a crab-themed Annapolis cannabis merch store.

Police in Maryland’s capital are warning residents to be on the lookout for a human-sized crab with droopy bloodshot eyes and cannabis leaves on its bow tie. As much as this sounds like a Halloween prank, law enforcement are actually trying to track down a crab costume that was stolen from a local business.

The crab costume, known as Buddy C. Weed, serves as the mascot for Crabcakes & Cannabis, an online apparel company that sells Maryland- and weed-themed merchandise. The costume was stolen from a company event held at a local Annapolis bar this Wednesday. Company employee Nicole Bailey was dressed in the costume, handing out drink cozies and stickers with fellow employee Shelby Reister. But shortly after Bailey removed the costume, she found that Buddy had gone missing.

Crabcakes & Cannabis posted about their missing “best bud” online, and shared a missing persons poster asking locals to keep an eye out for the costume. “While packing Buddy’s claws and pants at the end of the night for safe keeping, Buddy’s shell was abducted by an unknown perpetrator,” the company wrote on its website. “The following morning, our team filed a police report for our missing person (mascot).”

“It’s kind of shocking that he just disappeared like that,” said Bailey to the Capital Gazette. “We were just dumbfounded. How did this 4-foot crab leave and no one saw it.” The bar allowed the company to view its security footage for the night in question, but no evidence of Buddy’s crab-napping was to be found. Bailey did note that around two-thirds of the bar’s customers were Naval Academy midshipmen, however.

Gallery — Animals Just Want to Have Fun, Too:

This latter piece of information may be the clue that helps solve the case. Rachel Ragone, assistant manager at a nearby ice cream shop, told police that she saw a giant crab on the streets between 10:30 and 11pm that night. Ragone noted that the crab was surrounded by a group of five to seven people who appeared to be wearing midshipmen’s uniforms. “I was literally talking to my manager and I said, ‘Wow, that’s a big crab,’” said Ragone to the Gazette. “I don’t know if it was a midshipman or not.”

“It’s ironic and scary that he goes missing on Halloween,” said Jennifer Culpepper, founder of Crabcakes & Cannabis, to the Gazette. “We’re treating this like a missing person, not like a missing costume. He is always a fixture in our office. He is a big part of our team.”

The next day, the company reported that they were “happy to say we have a solid lead on the case and there are several confirmed persons of interest.” Despite these leads, the company has “no update as to the actual location of our beloved friend. We sincerely hope that Buddy is not sleeping with the fishes and believe that the perpetrators will be prosecuted to the fullest extent of the claw.”

Converting on Cannabis and The Power of Packaging 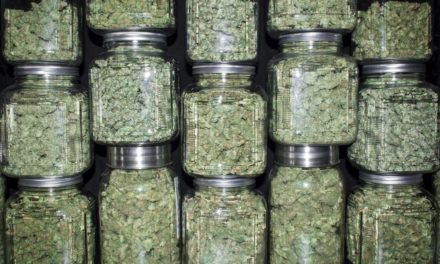 Border Patrol Seizes $100,000 Worth of Cannabis in Upstate New York 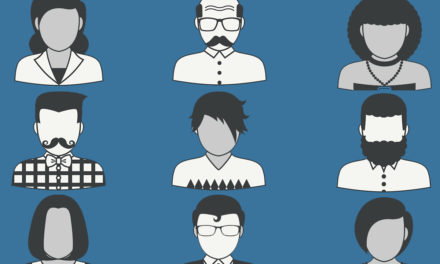 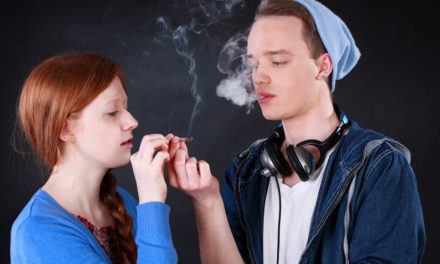